While chatting a bit about a recent list of “ten best places” in Michigan to drink a beer, I lamented that these lists are always a little silly in that there’s no way to be comprehensive or uncover many worthy local gems who have yet to be “discovered”…but they’re still kind of fun to paruse. 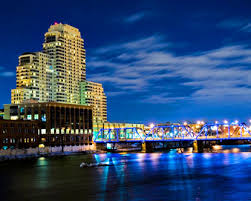 With that in mind, here’s eight great beer destinations if you were inclined to make a road trip (and we are). Obviously, there are many missing places represented, including the recently crowned “Beer City, USA,” Grand Rapids (which was only in the final poll after winning a ‘play-in’ poll asking for overlooked cities), Chicago, and St. Louis, among others. On the bright side, the Huffington Post gives us a list of “who’s who” in craft beer, which does include a few of our Midwestern friends.

Obviously, there are some great International destinations that would be included on my personal list, but this is a great start. Anyone have plans this summer?